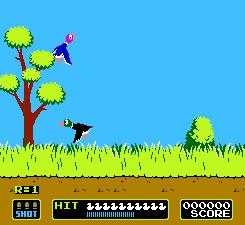 Remember the dusty yellow days of Duck Hunt, where ducks where flying on your screen while you were shooting with your gun. It was not long before Nintendo days soon gave way to Sega nights and eight bits became sixteen. Mario met Yoshi, Sonic met Tails, and gamers met the new generation of the console wars. The bits kept doubling and doubling, and the gaming industry kept on growing.

To be updated..pretty empty huh ;)

1. What are the expected technologies in next generation consoles?
Researcher: Shahid

2. How does the Interactive Entertainment Market look like in the future?
3. Who are playing games and what are they playing?
Researcher: Marnix

4. What are the possibilities of security on the gaming console and the games? How can it be improved to prevent piracy in the next generation game consoles?
Researcher: Ender

5. Will there be a trend where more people focus on outdoor activities/sport? How does this influence the amount of time people spend on gaming?

6. What are the influences of the government and the media on the gaming console industry?

8. Which trends can be recognized in the development of games? (size, graphics, amount of programmers)?
Researcher: None

9. Which trends can be recognized in the different kinds of game play? What can be expected in the future?
Researcher: None

10. What new game experiences can be expected? (Virtual Reality)