What are the expected technologies in next generation consoles?

If we look at the way games are being distributed at the moment, we can see that most of the games are using DVD (digital versatile disc) to deliver games. Although the capacity of the DVD is limited to dual-layered disc which can contain 9GB and uses a red laser to read the disc. At the moment their are several new formats being launched by several companies and supported by different studios. You could say there is a new format war in the making, and the big question is who will survive it.
The two formats are Blu-ray Disc and HD DVD. They both use blue lasers to read the discs, but HD DVD can contain about 15GB of data with a theoritical limit of 30GB and Blu-ray can contain 50GB with a theoritical limit of 200GB using 8 layers on a single disc.
There are also several other formats that are being developed though not as popular as the major two they are likely to become a mainstream format. Enhanced Versatile Disc is a China-based format it uses the same standard as the DVD and red laser to read the discs, but it enables to store HD quality on the same disc. Versatile Multilayer Disc is another format that can store HD quality and more than that offers a 30GB capacity.
One of the most prominant developments in storage media solutions can be seen in the form of the HVD. The HVD is the abbreviation for Holographic Versatile Disc. This may be the next big medium to store information on, it enabled content providers to theoritically store up to 1 terabyte on a single disk.
Considering this limiting the developers to make games is not related with the medium the games are distributed on, the storage capacity is not the issue.

The consoles that are being developed at the moment will have an major increase in computing power. This will game developers to harness the power of the console to make the games have additional feature that weren't possible before. If we look at the computing power of the consoles and the development of online gaming it will increase the need for power needed to compute the essentials to running the game online.
Games are becoming more and more realistic, if the games are rendered by a 3D engine to create smooth animated graphics the need for more processor speed is needed to deliver more and better graphics. The chief technical officer of Sony Computer entertainment said the following: ("Moore's Law is too slow for us," Okamoto said, referring to the long-held truism that semiconductor power doubles roughly every 18 months. "We can't wait 20 years" to achieve a 1,000-fold increase in PlayStation performance, he said.) This was said in an article in 2002, he also said that there are possibilities to achieve more power using distributed computing. In that way the gap between computing power and the need for computing power can be narrowed down.

In the technology industry there are a lot of players that are dedicated to different aspect and needs of their customers. If we look at the game console industry. We can identify one technology player that is beginning to dominate in the development of the next generation consoles, the only company that is delivering the core (CPU) of the game console is IBM. Microsoft, Sony and Nintendo all of which use an IBM processor in their newest game console.
Other key players are mostly for the graphical 3D engine. The big names are Nvidia and ATI. The different platforms use one of these to developers for graphics chips.

Games are becoming more and more realistic. Game developers at the moment are spending a lot of time using the newest technology and techniques to develop their games. Technology of course has a lot to do with it. Games are using the computing power more and more intensively to create realistic environments for the gamers.
Where as the background used to be static, the background is getting more attention and in the future it will become only more realistic when the computer power will increase, because the most effort is taken rendering the images in real time so the gamer gets the most crystal clear 3D rendered picture when playing the game. 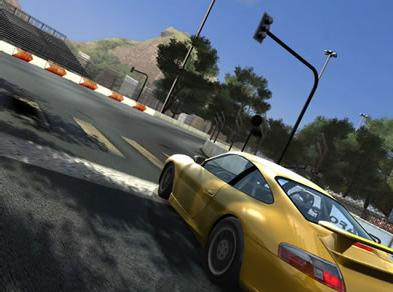 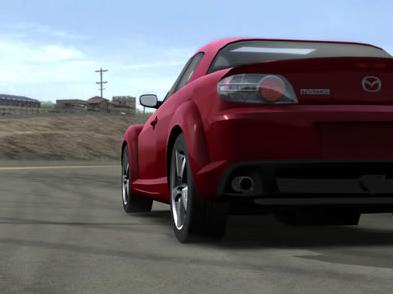