Since the first printing technology of movable type was created in China by Bisheng out of baked clay, “book” emerged as a way to spread knowledge and information. Along the history, the printing technology always plays an important role in the development of book industry or publishing industry. 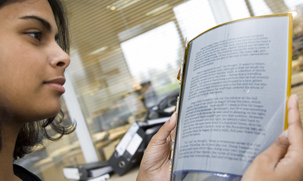