If people cannot travel easily within a city they may miss opportunities to access employment, education, health, cultural and recreation facilities, or they may simply find it difficult to meet each other socially. Their choices may be restricted, they may waste time, and they may suffer frustration and stress in travelling.

Employers in cities depend on effective transport for their workforce, their supply chains and their customers. The ease with which goods can be transported between suppliers, to retail centres and to homes affects both their price to customers and often the financial success of manufacturing and retail businesses. When the business community are asked how cities could be improved, transport links are their highest concern (UK report - The future of urban transport, S. Khan) 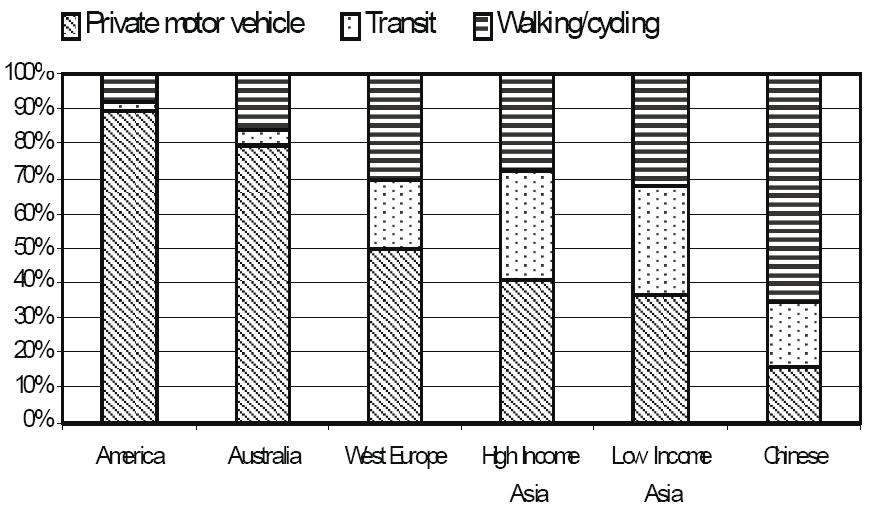 Impacts of transportation on cities

Transport has both positive and negative impacts on the prosperity of cities. Both businesses and individuals have benefitted from reductions in the costs of travel and shorter or more reliable journey times. For business this leads to improved productivity, increased trade, deeper labour markets and much more efficient logistics. For individuals it results in more choice, better access to services and better prices.

Transport can help or hinder economic prosperity in three main ways:
1) Connectivity, or the ease with which the transport network provides access between places. Good connectivity is vital to the future economic growth of urban areas, with one study estimating that a 10% reduction in travel time can increase productivity by 0.4%-1.1%6.


2) Congestion. The marginal cost of congestion in large urban areas on the busiest routes is over £2 per km. Average delay due to congestion is forecast to rise by some 35% by 2025.


3) Accessibility. Poor connectivity in urban areas limits access of people to jobs and public services, and the access of businesses to people and customers.

Impacts of transportation on city population

Transport affects our health through its capacity to be the cause of accidents, through its effects on air quality and noise levels and through its potential to reduce our physical activity.

Air pollution:
There is strong evidence that current levels of air pollution are damaging to health both in the short and long term. Air pollution from man-made particulates alone is estimated to reduce overall life expectancy by 7-8 months per perso. In urban areas transport is still the most significant contributor to emissions of particulate matter and Nitrogen dioxide.

Noise:
Transport also affects health because of its noise (see below). From a health perspective though the sound from urban transport does not reach the intensities needed to damage hearing, there is increasing evidence that it is associated with annoyance, sleep disturbance, raised blood pressure and a small increase in the risk of coronary heart disease.

Impacts of transportation on environment

Public space:
Although figures are hard to come by, there is evidence that improvements in the quality of the urban environment through, for example, pedestrianisation and good design, can have benefits for the urban economy, for health and for community pride and confidence. Good design can also encourage walking and cycling, through for example the provision of cycle networks, cycle parking and well lit streets.

Climate change:
Carbon emissions from transport in the largest cities and conurbations are estimated at 25% of the total emitted from road transport.