The great recession became a major turning point for the world’s corporations. Fiscal irresponsibility came to an end, as social responsibility became the benchmark for success. The system of profit chasing and cutthroat business deals, was slowly giving way to global cooperation and quality earnings. The new holistic management style took into account all stakeholders not merely a single company’s shareholders. Yet, no one anticipated that planet earth would become a stakeholder. Mother Earth’s seat in the boardroom began to appear in 2013, but wouldn’t become a ubiquitous sight for another decade.

Though the recession ended in early 2011, consumer confidence didn’t return for another year. 2012 saw more and more people feel “confident” about the economy in consumer opinion polls. The general feeling of gloom and doom brought on by financial stress were giving way to hope and optimism as the economy gained traction. The shot of optimism was a result of the austerity measures and new legislation enacted by government in 2010.

Governments decided to reduce deficits in 2010 and diligently sought ways to balance budgets. At the time, many in the financial community were not happy with “stingy” government policies, but in hindsight the decision was a correct one. Financial overhaul legislation also proved to be a wise decision. The laws written in 2010 were proving success at restricting speculation in high-risk markets like derivative trading. Companies were forced to create value through innovation, efficient processes, and by focusing on core competencies, not through gambling with complex financial products. The new system was more stable than the previous one and investors began to gain renewed confidence in the markets ability to allocate resources.

The 2010 BP oil spill was a minor setback for the British oil behemoth. The oil industry thought they had dodged a major bullet due to the quickness of the clean up and the quick disbursement of claim checks. In fact, the public outside the gulf states quickly forgot about the disaster and new legislation enacted following the spill became a mere publicity stunt by incumbents to show they are getting “tough” on corporate negligence.

However, the industry did expect to see the number of major spills increase drastically over the next three years. By 2013 the 15 million barrels of oil had been spilled and that number rose to 25 million by 2015. Environmentalists across the globe joined forces in attacking oil giants and the population began to listen with their wallets and the green movement took off.

A new consumer emerged in 2013, an eco-friendly consumer. People became energy conscious as demand for energy efficient lights, cars, heating systems and other household items increased significantly. The increasing attention given to oil spills on the news created an interest in butanol, biomass, and biodiesel as alternative energy sources.

Consumers began to buy green technologies fuelling technological advances in the industry and bringing economies of scale to the sector reducing the cost for individuals to go green. Markets were geared toward sustainable growth and industry was focused on producing and recycling quality products. City centers returned as the heart beat of both economic and social activities. Significant public investments were made in urban development to anticipate needs of a growing urban population. Mass transit started to become really attractive as infrastructures had been developed and modernized to address population mobility needs in terms of network coverage and efficiency (reducing commuting time). Besides, more and more people preferred public transportation for economical reasons, as they would save on the costs related to the purchase, use and maintenance of a car. Walking to work also became a symbol of living the green lifestyle, and high-density residential buildings reduced a locations carbon footprint. The increased flow of population migration to cities attracted more companies to the city centre. Office space that was once vacated during the crisis of 2008 was once again full of workers.

Though it was true that by 2014 the green movement had become a force to be reckoned with, any real improvement in climate conditions was still years away. Yet, the turbulent weather patterns and fierce natural disaster only strengthened the cause for change. Climate refugees were a concern for many poor nations. Pakistan, Haiti, and China were the poster children for humanitarian aid in 2010, by 2014 the number of countries affected more than tripled as drought affected many African countries, earthquakes hit the US, and the EU was experience heat waves. The number of refugees reached 25 million by 2015, citizens and countries around the world heard the call for humanitarian donations and the displaced individuals were taken care of. 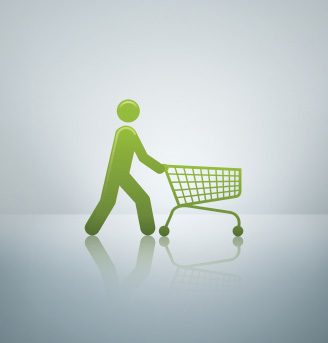 By 2015 financial markets surpassed the historic levels of 2007 and confidence around the globe continued to improve. The real winners on Wall Street were green technology firms. Not only did Wall Street reward companies operating in the green space, government provided tax incentives to players in the industry. Green companies producing carbon-neutral, recyclable, renewable energy-based products qualified for the tax breaks.

The push toward zero emission also created interest in developed biometric technology. Biometric tools would allow for consumer to operate completely paperless. Credit cards would become obsolete, paper money and paper tickets would become old fashioned, and the primary use of wallets would be picture placeholders. A persons’ biometric data became a digital identity that was connected to the network.

The graying of western countries became very apparent in 2018. This was good news for the rising generation seeking jobs, but bad news for governments. Entitlement programs for seniors were nearly bankrupt, as the system simple couldn’t support the staggering number of claimants. Maybe seniors were forced back into the work force just to make ends meet. To counter act the affects of an aging population, developed countries eased immigration policies in hope of attracting more workers and increasing the number of individuals paying into the system. This decision proved wise as immigrants responded and flowed into developed economies and a brain drain was felt in the developing world.

The increased demand for green products that begin with the BP oil spill in 2010 was still going strong in 2018. In fact, the increased demand combined with significant investment in the industry lead to steep price reductions in green products. Consumers extended their reach from green consumer products to seeking residence in green cities. The construction industry anticipated this trend and in 2019 many cities across the globe touted their eco-friendly real estate. Governments seeking to draw people back to the city invested heavily in walking paths, public transit, and programs to promote living a green lifestyle. Cities exploded with growth, as urban dwellings became a symbol of the green movement.

Natural disasters still occurred during this wonder five years, but their frequency slowed and severity weakened. The total number of climate refugees declined from 25 million in 2015 to 16 million in 2020. Aid was readily available and refugee camps were hygienic and well managed. 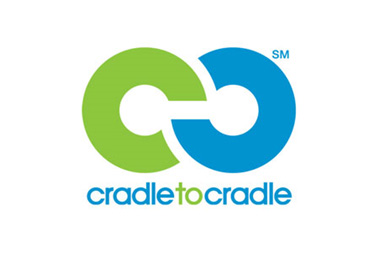 By 2020, the cradle-to-cradle philosophy became a requirement for all manufacturing businesses. Governments or corporate boards did not issue the requirements, the mandate came from consumers. Consumers bought products that would easily return to their core elements. The drive to cradle-to-cradle manufacturing was a welcomed by Mother Nature. The amount of CO2 in the atmosphere declined steadily from 2020-2025, as did the amount of pollution released in the water supplies. The total amount of clean, fresh water increased reducing the number of deaths due to dehydration.

Natural disaster continued declining and the number of climate refugees reached the lowest level since the early 90’s. Climate change was easing and the earth and its inhabitants were happy. However, not all was blissful. The world still relied heavily on fossil fuels for energy production. 70% of all energy production came from fossil fuels. The number was expected to decline in the coming years as biomass plants and nuclear plants were being built and would soon join the grid.

City centers were lively, healthy, green places to live and work. The social scene was vibrant and vacancies were difficult to find. The world, which looked so dark and dreary in 2010, had become bright green by 2025.

Cradle to Cradle logo. Retrieved on August 25, 2010 from http://www.shawcontractgroup.com/Html/EnvironmentalThirdParty