The fiscal stimulus package was never heralded as the savior of the world financial problem. However, nobody expected the wound would take so long to heal once the band-aid of government support was removed. The high levels of government debt that burdened growth in Europe, especially Greece; Spain, and Ireland, kept investors on the sidelines. Market movements during the bleak days of 2011 were poignant, yet participation was low as the number of shares traded on a daily basis reached record lows.

Corporations, once the pride of human innovation, had become the root of all evil. These institutions were no longer hiring. Corporations that survived the great recession reined in spending and focused on delevering through 2015. In fact, many institutions that survived the recession were still struggling to tread water in the deep sea of illiquidity and lack of consumer demand. Corporations were making a profit and businesses were cash flow positive, yet, instead of using profits to grow core business management teams were using profits to pay down debt.

The recession acted as a wake-up call to consumers. Consumers were no longer living on cheap credit. Credit reform around the globe reined in consumer spending and forced individuals to begin thinking about budgets and living with their means. This was no favor to businesses that continued to spend billions on marketing campaigns to entice shoppers to buy their goods. Yet, the effort was largely in vain as the unemployment rate in the EU and US was still above 9%. Without the return of consumer spending the stagnant growth experience from 2009 to 2012 was expect to stay for a few more years, no one expected it would remain for five.

Governments, the lone source of liquidity due to their debt carrying capacity, became handcuffed by the recession. The large outlay of capital from 2007 – 2009 was expected to jump start economic growth and once again generate tax revenue by 2012. The economy didn’t receive the memo and tax revenues remained sluggish. The once large government coffers became empty. The austerity measures taken in 2010 did ease some of the pain, but citizens continued to demand support. Governments made the decision to cut non-essential spending and to support the unemployed. Constituents cheered as funds became available to feed their families, but the real effects of the reallocation of government budgets weren’t seen for ten years.

Record low interest rates in 2010 were another fiscal policy meant to spur investment by corporations, but it didn’t. Companies stuck to their plan of repaying debt and proving to a jaded public that management teams had learned financial conservatism.

The BP oil spill in the gulf created a sense of excitement among environment lobbyists and green technology companies around the world. “Finally,” they thought, “the world will begin to see that fossil fuel needs to be replace with clean, renewable energy.” Yet, the euphoria came to a quick end due to the high cost of green technology. The movement never caught hold and big oil maintained its strangle hold on world energy markets. Likewise, climate change initiatives remained a talking point among government, but no conclusive decision was made to reduce green house gases. Adoption of any new rules would push the world into deeper economic misery was the opinion among world leaders. 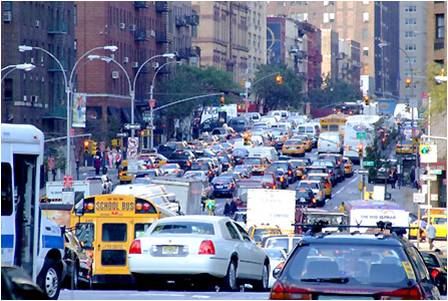 New years eve 2014 was a day of celebration. Economists, central bankers, and corporations had all predicted 2015 was going to be a year of strong economic growth. People were celebrating the end of the long recession and had trust that another boom similar to the 90’s was right around the corner. Yet, the celebration was not the beginning of growth, the economy maintain a steady course of 1% growth as the economic engine continued to sputter.

The main cause of the extended hardship was a distressed labor market. Unemployment was being very fickle and still would not fall below 7% in the EU and US. BRIC countries were still growing but at only a factor of what they had been growing at. Natural disasters continued to occur at a startling pace as climate change remained. Economic growth was king and everything else was minor annoyances on global agendas. The only problem was increasing global warming displaced many people as the number of climate refugees grew from 20 million globally in 2010 to 30 million by 2018. Refugees seeking asylum from mother nature’s furry looked to the system to provide food and shelter. Government acted with hast, but lacked the funds to completely satisfy the needs of the displaced. A call to citizens to help fell on empty ears. The public had already been forced to do with less due to financial strain and lacked the disposable income of the past to help out. Refugees moved to city centers looking for soup kitchens and aid.

The hardest hit demographic of the economic cycle was the young generation. The 18-26 year old demographic encountered a very different world than their parents or grandparents encountered when graduating from high school. Funding of college education was once a guarantee by governments, yet with the decline in financial markets student loans were no longer easily attainable. Also, with distressed labor market the ability to repay loans was low and a University education was no longer the goal of young people. They hoped to use their tech skills and make an immediate impact in businesses right out of secondary school. Yet, companies lack the resources to hire them and the young people were out of work.

The government hoped to use the underemployed populace to kick start small business growth, but loans were impossible to come by and the movement was stuck in a mire.

Government’s decision to extend unemployment benefits in 2012 was praised then, but the effects of that decision began to show in 2018. Mass transit systems had been ignored for years due to lack of funding and the subway cars, light rail, and buses were dirty, uncomfortable, and depressing. Commuters, who had a desire to go green a few years ago, began to choose the comfort of their own vehicle to the dirt of public transportation. The rundown nature of public transit encouraged more and more professionals to flee the city to the suburbs.

High vacancy rates in the city lead to reduced rent and young professionals flock to city centers, but due to the tough labor markets wages have fallen. and they lack the financial resources to attract investment in the downtown night economy. A few restaurants, bars and clubs provide the nigh culture of the city center.

City centers maintain the dominant force of economic activity for large multinational corporations; however, retail activity took place in edge cities. Entertainment was also moving to the suburbs to remain close to consumers. The city center had become a hub for young professionals. Cafes, bars, and nightclubs dotted the streets. 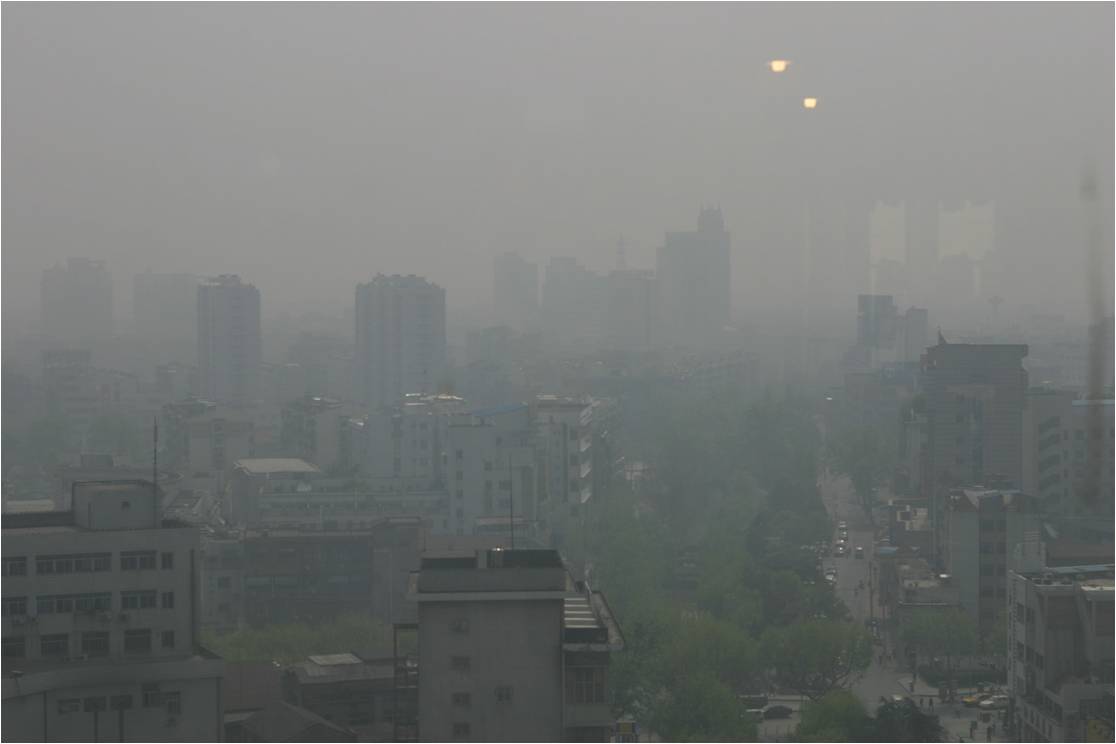 High education systems around the globe begin to consolidate as demand for education falls. The institutions that once taught young people how to explore the expanses of space and the mysteries of science were now operating at levels not seen since the early 90’s. The digital age allowed many young people to gain an education from open source material, but the were not challenged to think deeply about subjects and the economic spark of innovation was beginning to dim.

In 2022, unemployment in the EU and US fell below 7 percent for the first time in a decade and capital markets were once again willing to take on more risk. Entrepreneurs and small businesses were reinvigorated as money became available again. Yet, small business alone could not get the global economic machine primed again. Some small businesses became economic powerhouses in a five year period, much like Google and YouTube had in the early 2000’s, but most were a bust.

Alternative energy cars continued to increase, as government took minor steps in reducing green house gases. The 2020 vision in Europe was not achieved and the high goals of the USE to reduce emission by 2020 were never met. Yet, emissions tests, ethanol standards, and renewable energy requirement were enacted by legislations and a minor reduction of CO2 was achieved. Just not enough to reduce the worlds demand for coal, natural gas, and other fossil fuels.

Refugees were still residing in city centers clinging to a hope the times would get better once the economy came back. Yet, the optimism of 2014 was nowhere to be found and the question was if the economy would come back not when.

The feeling in city centers was one of emptiness, frustration, and loss. The once vibrant landscapes became dull and old. Government investment was stuck on “maintenance of essential function” mode and not on improving the city. People reacted to this by not visiting the city as frequent as in the past. The center was a place for business not for pleasure and recreation.

Citizens began to complain about the death of downtown, but tax revenue was scarce and institutions did not have the appetite to invest in revitalization projects. Businesses invested in energy efficient light bulbs, motion sensor technology to regulate energy consumption, and other technology to reduce their carbon footprint, but there low hanging fruits on the tree of green technology did not create a bonanza of tech spending. Major investment in the green industry was need; however, the investment was not made. “Once the economy returns,” became the motto day. The economy would revitalize both city and citizen alike. Yet, like in 2010, the growth of the 90’s was a mere wish and a topic of study in educational institutions not a reality as of yet.