Difference between revisions of "The Future of Ubiquitous computing in 2025"

Ubiquitous computing (ubicomp) integrates computation into the environment, rather than having computers which are distinct objects. Other terms for ubiquitous computing include pervasive computing, calm technology, things that think, everyware, and more recently, pervasive Internet. Promoters of this idea hope that embedding computation into the environment and everyday objects would enable people to interact with information-processing devices more naturally and casually than they currently do, and in ways that suit whatever location or context they find themselves in.

Ubicomp's central aim has been invisibility, meaning that one does not need to continually rationalize one's use of a ubicomp system. Having learnt about its use sufficiently well, one ceases to be aware of it. It is "literally visible, effectively invisible" in the same way that a skilled carpenter engaged in his work might use a hammer without consciously planning each swing. Similarly, when you look at a street sign, you absorb its information without consciously performing the act of reading.

Ubicomputing is considered by some as the next great wave in IT development. Currently we see a wide range of research and experimental projects which are discovering the potentials of ubiquitous computing. In the related articles and videos sections below some of these experimental projects are highlighted. Ubiquitous computing is also currently being implemented into urban areas all over the developed world. For example: the newly introduced 'top-up' cards in the Dutch public transport sector, a "media table" in the lobby of New York's Asia Society, New York hotel rooms which 'remember' the preferred environmental settings (room temperature, lining up entertainment options, and loading up frequently dialed numbers) of their high margin frequent guests, and numerous new developments of ubiquitous computing embedded into the environment of many cars (features such as the Volvo blind-spot information system and personalized driver settings in many cars today).

Possible areas of development may be: energy efficient architectures, ubiquitous computing in housing, lightweight ad-hoc networks and their applications (context-aware computing), and sensor networks including applications.

Our group met for several days to brainstorm about how the driving forces of ubiquitous computing connect with each other and created a system. During the building of the system's diagram, we added and tweaked some driving forces. This version lead to the Feedback loop which is displayed below. We see that the feedback loop is a high level perspective of the environment of driving forces. The driving forces we identified earlier, seem to be the main generic driving forces behind the development of the ubicomputing. The third level of depth of our system are the enablers and inhibitors. The diagrams below show the different levels! 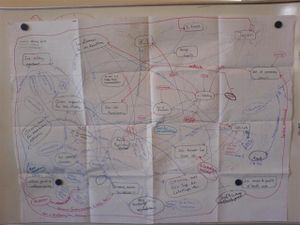 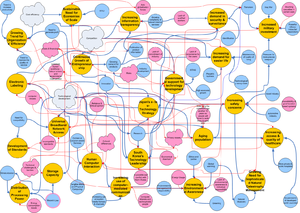 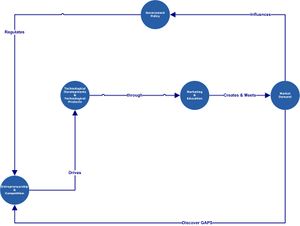 Research Agenda
Analysis of the book 'Everyware' on Ubiquitous Computing

We went to CeBit 2007 in Hannover to look at what new developments in IT and Ubiquitous computing there are. This is what we found: 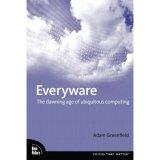 The dawning age of Ubiquitous Computing by Adam Greenfield